PSA Women and Politics Member Claire McGing (National University of Ireland, Maynooth) reflects on the 2014 European Elections in the Republic of Ireland, and asks whether we are seeing the emergence of a ‘new’ (and feminized) Sinn Féin.

Recent studies document the increasing feminisation of political parties with a long-standing ‘woman problem’. Sarah Childs and Paul Webb (2010) detail how the Conservative leadership in the UK sought to feminise itself after losing considerable female support to Labour. Meanwhile, Sarah Wiliarty (2010) examines the strategies of the Christian Democratic Union (CDU), one of Germany’s major ‘catch all’ parties, to better appeal to women. This emerging field of scholarship is hugely important to our understanding of the (changing) gendered nature of political institutions.

Ireland’s only cross-island party, Sinn Féin, has had a persistent problem with women voters, particularly in the Republic. Sinn Féin’s associations with the armed struggle in Northern Ireland, and an historically male-dominated leadership, turned women ‘off’ the party. History continues to plague the organisation post-conflict – three weeks ago, for example, leader Gerry Adams was arrested in connection with the murder of Jean McConville in 1972.

Traditionally, Sinn Féin’s core southern support has come from young men of a leftist ideological orientation. To become a major political force in the Republic – even a future contender for government – party strategists would have to appeal to a broader demographic, most importantly women. Though far from gender parity, candidate tickets across the island became more equal from the mid-2000s, while rules were changed to better integrate women into internal party positions. The election of former MEP and current Dublin-based parliamentarian, Mary Lou McDonald, as party Vice-President in 2009 also helped. The party’s rank-and-file membership has risen to around one-third women over the last three years, which many in the party attribute to McDonald’s influence. But the party still struggled to win over the wider female electorate. The party’s presidential candidate in October 2011, Deputy First Minister in the North and former IRA chief Martin McGuinness, came third in the race but polled particularly poor with women.

Last week in the European elections, Sinn Féin seems to have discovered its winning formula – running ‘new’ women with little, to no, electoral experience. Three of the party’s four candidates on the island were women. Incumbent Martina Anderson ran in Northern Ireland and was elected on the first count, topping the poll. The party had no sitting MEPs in the three constituencies across the border. Matt Carthy, a town and county councillor in Monaghan who ran in Midlands North West, was the most high profile of the three southern candidates. In Dublin the party ran Lynn Boylan. She unsuccessfully contested the 2007 general election and 2009 local elections at the other end of the country in South Kerry and, though an active member of the party, had little profile in the Dublin area before her selection. Meanwhile, media worker Liadh Ni Riada in the South constituency also has a history of grassroots’ activism in the party, but never before ran in an election.

Just a week before the election, the gender voter gap persisted. An opinion poll for the Sunday Times showed Carthy the second most popular candidate with men at 15 per cent support, compared to just 7 per cent with women. In Dublin Boylan polled 23 per cent of men’s intended first preferences and 15 per cent with women. At this point the gap was much less significant in the South where Ní Riada seemed the most unlikely of her colleagues to take a seat – 11 per cent support from men and 8 per cent from women.

But considerable numbers of women across the country were still undecided as to how they would vote – 29 per cent in Midlands North West, 33 per cent in Dublin and as high as 37 per cent in the South, each figure considerably outranking men.

And where did much of their support on May 23rd go? To Sinn Féin. RTE’s exit poll shows that while Carthy increased his share of the female vote by 4 percentage points, Ni Riada doubled it to 16 per cent and Boylan’s rose to 23 per cent. In the final week of the campaign, women in these constituencies seem to have left their old grudge towards Sinn Féin behind and supported women without the historical ‘baggage’.

Overall Boylan topped the Dublin poll, winning 24 per cent of the vote and was elected on the third count. Ni Riada came second in the South on 19 per cent and took the second seat, marginally out-performing her more experienced colleague Carthy who won the third seat with 18 per cent support.

So, by running two ‘fresh’ women candidates for Europe, Sinn Féin more or less closed its gender gap in this election and widened its appeal more broadly. The personality-driven nature of European elections in Ireland, where party affiliation tends to matter less, likely helped.

Boylan and Ni Riada – new women for a new Sinn Féin? There is room for an in-depth study on the party’s gendered marketing and electoral success. 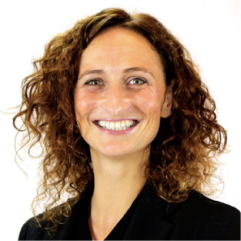 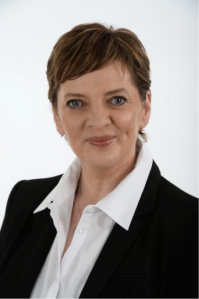 Claire McGing lectures in political geography at the National University of Ireland, Maynooth. She has published research nationally and internationally on gender in Irish politics, north and south. She can be contacted at claire.mcging@nuim.ie.